Today I had a green apple, cut up peppers and a small scoop of peanut butter for breakfast, well, technically lunch. Sound weird? Before tracking my food and how it effects my energy level and mood, I would have thought so too. We all know that food has a huge impact on our health and our waistline, but I had not fully made the connection between the relationship of food on my brain until recently.

I’ve never really been that unhealthy, thank goodness, but I have had strange symptoms in the last year that really made me worried. For starters I put on weight rapidly and had not had that happen before. At first I chalked it up to extra ice cream and tried to cut back. Even when watching my diet and working out several times more a week, it seemed the scale would not budge. At the advice of my doctor I added in more water, had my blood drawn to check my thyroid and was told to cut back on desserts. Since my BMI is technically in the normal range I had to explain that it was heavy for me and then she looked back at my records and agreed that I had gained quite a bit in only three months. That wasn’t even the worst part. I had low energy and brain fog. That sure causes issues with motivation! I started googling “Mono, Chronic Fatigue” and other conditions that might account for my decline in energy. I had been sick (thank you children) and the virus or whatever it was lingered on and on with a nasty, dry cough for weeks. Since my son had been positive for strep, I had a culture and it came back negative.

I could hardly get up each day and barely managed to get my work and housework done. I napped whenever possible, in between obligations. My husband might have been the only one to really notice, since I hid it well and rallied when I had to. He graciously picked up the slack, but I know it made him overwhelmed to be doing so much more than normal.

I knew I had to make some changes. I had recently joined a wonderful gym and was taking classes regularly, so exercise didn’t seem to be the issue. I also thought my diet was good. Our family eats dinner together every night and we aim for lots of veggies and limited saturated fats. My daughter is a vegetarian, so we were doing vegetarian meals for most nights. I started to wonder if I had a B-12 deficiency. It seemed like I was experimenting on myself. I bought liver capsules online and tried those in smoothies since we weren’t eating much meat. I can’t say that I really noticed a huge change from that, but I felt good knowing the family was getting the iron.

Looking back on my blood work, my sodium levels were lower than they had been in the past. I did some research and saw that many people drink sea salt in warm water for an energy boost if they are low. It works! I would not advise this unless you talk to your doctor and know your levels, but for me it helped quite a bit. It was the first thing that seemed to offer a solution. I began recording my food daily and tracked how I felt as far as focus, productivity and energy. 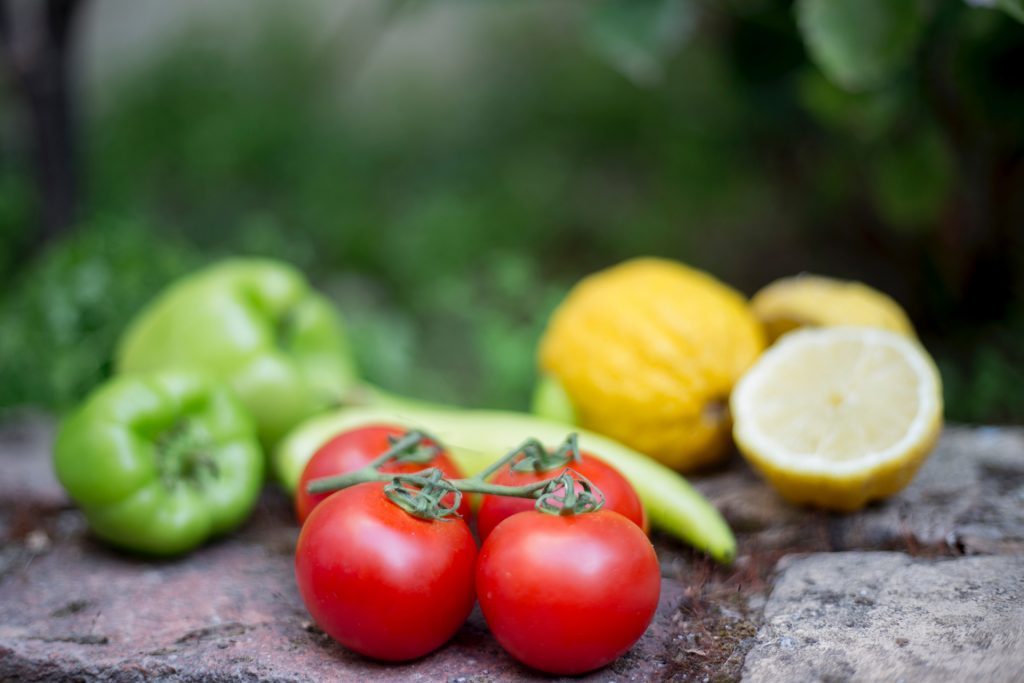 Then I happened to watch a documentary that helped even more. It’s called Science of Fasting, directed by Sylvie Gilman. It covers studies from around the world on the use of fasting as a treatment for many diseases and conditions. As I watched, I was surprised by all the evidence that fasting was actually good for you. I had always been under the impression that you had to eat often in order for your metabolism to stay strong and to keep your blood sugar level. In fact, for years I was a slave to food. I felt like I had to constantly eat to not feel anxious, shaky and irritable. So, fasting seemed unhealthy until I saw the data. This liberated me from eating all the time. I used to eat when I was tired, thinking I needed more nutrients for the energy. I decided to try a mild form of it by not eating first thing in the morning. That wasn’t too hard, since I don’t generally get hungry until later in the morning. I took it one step at a time and focused on getting more nutrients from fruits and vegetables when I was hungry, but didn’t obsess about food and allowed myself to have anything that sounded good at the time, just in much smaller quantities. I had many more days of feeling energetic enough to get through the day and not stop. I did have some set backs, but because I was recording my food I could see right away a correlation between carbs and fatigue. For me, donuts are the devil. One afternoon I had a nice, plump pumpkin donut with my afternoon coffee and felt like I was dying about two hours later. I had to have my son rescue me with a couple of pieces of cheese to counteract the sugar with some protein. I have been tested for diabetes over the years, and my blood work always looked good, but I definitely have a sensitivity to sugar or perhaps gluten. The most alarming part was that when I tried to read while I was feeling ill, I couldn’t understand half of what I was reading. My brain was definitely affected by the food.[vc_row][vc_column][vc_column_text]

Recipe for a productive work day: Sleep 8 hours, exercise to burn away stress, limit chemicals in your food and household, cut out sugar and flour, eat vegetables, fruit, seeds and nuts, get out in nature and try to get some sun, take time out for rest and reflection.

So now I’m on a path of continued learning about what foods need to be avoided. At this point I’m steering clear of sugar and baked goods, especially during the work day. I’m still tracking my food and how I feel and plan to share my worksheet with you that will make it easier to keep track of the basics. I want to keep a record until I have a good feel for what keeps me feeling energetic, moving and feeling good. Here is a link to the Food, Mood & Fitness Tracker post that includes the printable I made that I’d love to share with you.[/vc_column_text][/vc_column][/vc_row]

Follow along on my journey to simplify my life.

As a busy Mama, wife and work-at-home business owner, I found that I needed to work on ways to handle overwhelm, burnout, executive functioning challenges and the general hurdles of a busy life. This space is a way to travel through my journey and encourage others to join me and find balance in their own lives as well.

I love sharing what I have learned, but remember that the information on Happy Balanced Life is for educational and informational purposes only. Please see the Disclosure & Disclaimer page for more information.